Turkey hunting is a very popular pastime in the state of Missouri. Spring turkey season has begun and these are the dates all you hunters need to watch for!  Youth season started on the 7th  and ended on the 9th. Regular season starts April 17 and lasts until May 7th. Adult males “toms, or jakes” are very large and dark with a bare, red and blue head, with red wattles on the throat and neck. They have long legs. Females “hens”, have a tuft of hairlike feathers aka a beard in the middle of the breast. Females are smaller and less iridescent. Turkeys are most famous for their gobbling calls.

Three fires started Monday March 6 in Oklahoma and Kansas. The fires spread over  NW Oklahoma and burned over 833,941 acres. Many people lost their homes and had to leave their house because of the fire. Some farmers lost cattle and those who didn't, had nothing to give them to eat The Oklahoma Department of Emergency reported on Wednesday that the fires had significant growth over night. Between Kansas and Oklahoma, the states lost over 715,000 acres of land.
Many people are trying to get together and help farmers who lost supplies. Facebook groups are starting go fund me accounts, and many farmers are loading up their semis and taking extra supplies to those in need. 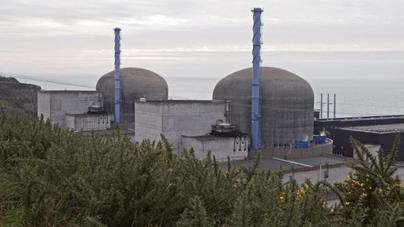 
On February 8th at 10 a.m in Flamanville, France, an explosion occurred in the turbine hall of a non nuclear part of the power station. One of the older nuclear reactors was shut down. The fire was brought under control at 11 a.m  There were no injuries to report, but five people were affected by the fumes. Both reactors which produce a electricity generation capacity of 1,300 megawatts were built in the 1980s

In the Spotlight: Super Bowl Commercials

Every year during the Super Bowl, more people look forward to the commercials than the actual game. This years Super Bowl had a ton of cool commercials, and several included celebrities. Here are the top five commercials and actors: John Malkovich and Square space, Melissa McCarthy and Kia, Adam Driver and Snickers, Tom Brady and Intel, and George Takei and Pizza Hut. 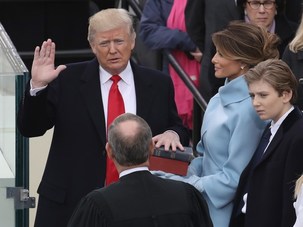 Inauguration is the day the president-elect takes office. This year it is President-Elect Donald Trump. This is a formal ceremony and the new president and vice president is sworn in by taking the oath of office.
Inauguration takes place on January 20th of each election year, besides when that falls on a Sunday. Then the public ceremony is on January 21st. At the ceremony they have things such as a parade, live performances, and a ball.
This is the first time since before President Eisenhower that Charlie Brotman is not going to be the announcer of Inauguration. Now MLB announcer Steve Ray is going to be the announcer of the Inauguration.
After the Inauguration happened, the protests started. Some protesters set fire to buildings and broke windows.. The next day, women from across the country held a Women’s March. Many of them walked through Washington DC as well as other cities around the world.
Many people were happy with the Inauguration, but also many people were in tears about Trump becoming president.

Esteban Santiago opened fire at  the Fort Lauderdale-Hollywood International Airport on January 16,2017 killing five people. Esteban told the FBI agents who were questioning him after the shooting, that he had ties with ISIS. Santiago told the FBI that he was hearing voices and that he was being controlled by the CIA. Santiago’s punishments will  either be life in prison or the death sentence. 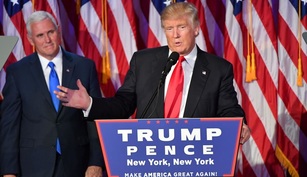 
October 8th, 2016 was the day America went to vote for the next president of the United States. Based upon polls and the media, everyone thought that Democratic nominee, Hillary Clinton, was going to win the election in a landslide. Republican nominee Donald Trump won the election 300 to 232. Trump shocked all the people by his victory.
People have reacted in various ways. . Some of the Democrats are not accepting a Trump victory. A trending hashtag, #notmypresident, has been popular throughout twitter and other social media.
People have also turned to protests for coping. Some people have done things such as burning cars, flags, and attacking Trump supporters. Protests started out peaceful, but as many protest turn out; they did not stay peaceful for long.
Colleges such as Yale University canceled classes and exams so students could cope with the election results. These students are going to therapy because they are “scared for their lives”. Some high schools have gotten out of school to do things such as protesting.
Rises in racism have also been reported. People around America have been writing racist remarks and drawing swastikas on walls. Trump has said that he does not endorse these writings and told the people to stop.
Trump is trying to call for unity of the American people. President Obama and Hillary Clinton have told supporters that they need to come together as Americans. So many people have not come together, and some people have no interest in accepting that Trump will be our next President.

2016 is another election year. Both parties have elected the candidates. For the Republicans, they have Donald Trump. For the Democrats, they have Hillary Clinton.
According to the poll done by Quinnipiac University, Trump is leading in the swing states,  in Florida by 3%, Ohio by 2%, and he is tied with Hillary in Pennsylvania.
There are also 2 main third party candidates this year. Gary Johnson of the Libertarian Party, and Jill Stein of the Green Party. Gary Johnson has 10% of the voters attention. In order to be at the debate he has to have 15% of the votes on the polls. Jill Stein has 5% of the votes in recent polls.
People in our school did not like the candidates running. Most of them resorted to wanting our own history teacher, Mr. Roush to become president. When ask if he would take the job of president he said “I don’t think I could take that kind of pay cut”. We would also get more Mountain Dew.
We ask the 1st grade class what they would do if they were president. They wanted the wildest things. They said more recess, build a city, and going deer hunting.
The election will be held on November 8th, 2016 and everybody will be waiting to see who will win.

Minimum Wage
By: Cameron Coulter
September 7, 2016
​
Minimum wage is a very heavily discussed topic nowadays. Some say $15 and hr for McDonald’s workers, other could care less. Each state has their own minimum wage, and most of them are different. Raising the minimum wage would help people in a lot of ways but it can also hurt some people. Some people are all for raising minimum wage saying that they would pay a little more for a burger if that meant there family had a little extra money to make it by.  The advantages of minimum wages for a company is that it allows a company to reach their goals at a lower cost. If we raised minimum wage to $15 an hour companies would have to spend more to pay workers more money which would cause them to have less profit. ​
St. Joe’s New McDonald's
By: Randy Singleton
​September 7, 2016
​
I haven't personally ate at the new North belt McDonald's but I’ve heard that it is delicious. “I frynally ate at the new McDonald's tonight, and I would have to say it was the most innovative restaurant, providing superior fast food service. The use of technology, the ability to build your own burger, and the presentation of the food puts this place far and above all other McDonald's or fast food in general. An A+ in my book” stated history teach Mr. Wiedmer.
Fellow student Tyler Schuman stated“that the new McDonald's is better than any other restaurant in Missouri and Kansas combined”. Tyler also said that the fries were amazingly delicious and that the customize your own burger was awesome except for the fact that he could not figure out how to use the new Kiosk machine. He said he received a kids meal also, and that the chocolate milk was the best he has ever tasted. He ordered a box of cookies that had 12 in it and he ate them all on the spot because he said that they were warm and yummy in his tummy.