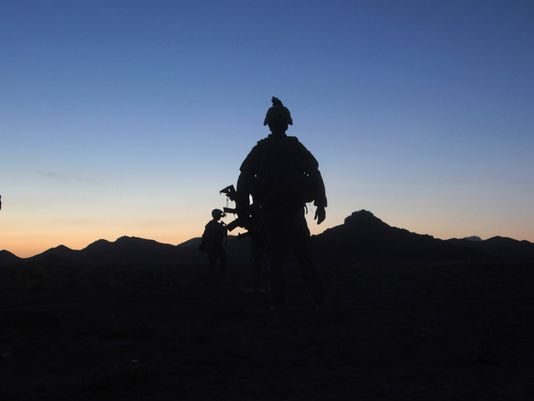 International Criminal Court prosecutors said Monday that a preliminary probe indicates that members of the U.S. armed forces and the CIA may have committed war crimes by torturing detainees in Afghanistan. Prosecutors would have to clear several hurdles before formally bringing the case before the court in The Hague, Netherlands. The prosecutors said they have not decided yet whether to launch a full-scale investigation but will decide soon, the Associated Press reported. The prosecution office said in its report issued late Monday that U.S. armed forces personnel “appear to have subjected at least 61 detained persons to torture” in Afghanistan, mainly in 2003-2004. The report also said that CIA operatives may have tortured at least 27 detainees in Afghanistan and elsewhere, mainly in the same time period. The United States is not a member of the court, but its citizens could face prosecution if they commit crimes in a country that is a member, such as Afghanistan, according to the AP. The U.S.-led invasion into Afghanistan toppled the Taliban from power after the 2001 attacks on the World Trade Center and the Pentagon. The Taliban had harbored al-Qaeda militants in the years leading up to the attacks.
Mexico's Reaction to President Nieto meeting Trump

We all know that Donald Trump has been elected president of the United States , so that means sooner or later there may be a wall. What do you think Mexico's reaction was to Donald Trump winning the election? I’m going to tell you. Mexican President,  Enrique Peña Nieto was not too upset for Trump winning, but other Mexicans were mad at there own president for meeting him.  Nieto even tweeted congratulations to Trump when he won the election saying and I quote, “Mexico and the U.S. are friends, partners and allies who should continue working for the competitiveness and the development of North America.” He also tweeted “I am confident that Mexico and the United States will continue to tighten its ties of cooperation and mutual respect.” Now why are mexicans mad at Trump? Well, because trump wants Mexico to pay for a border  wall. When  Nieto and Trump met they said they did not discuss the payment of the wall, but it seems they became friends. Mexicans were furious that Trump was invited to Mexico by  Nieto, but also wondered what he had to gain for Trump to come. They spent an hour talking. Mexicans are still angry at Donald Trump and  Enrique Peña Nieto.


​
The 7th grade Geography Class learns about the world by researching and creating news broadcasts coving important events from around the world in the categories of Physical Geography, history,  culture, economic, and current events.
Powered by